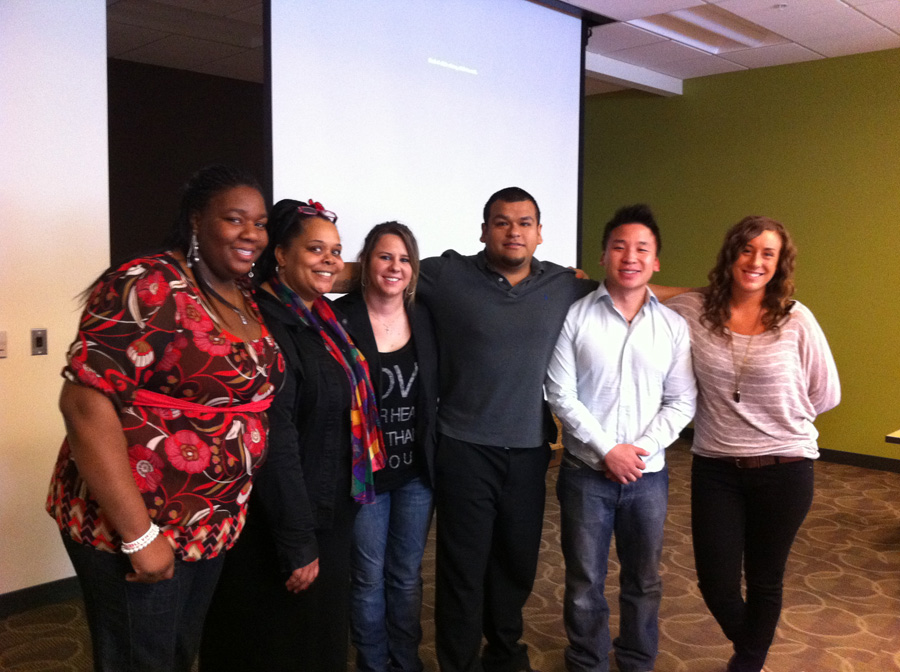 Students in Inter-HE 504 (1) during the CUE Pilot Year after presenting their findings in front of the South Park Street partners (CUE,2010)

One of CUE’s functions is to coordinate overlapping efforts to avoid duplication and help streamline large, complex projects.  With a university the size of the UW, it is often difficult for professors, students and staff to find each other in order to collaborate and amplify their work.  The result can be that nonprofit organizations get overwhelmed with partnership offers, and residents can suffer from research fatigue from having participated in similar studies numerous times.  CUE is creating that infrastructure to store previous reports and project information so future initiatives can build on existing work, and focus on community-initiated priorities to ensure real benefits for community partners.

The CUE pilot in South Madison is an example of how this can work.  Although the UW, via Campus-Community Partnerships and individual faculty, had been involved with the South Park St. area for many years, no organizing body was keeping track of the multiple and disparate partnerships.  When CUE first became involved with South Park St., our staff met with academic and community representatives to identify work that had already been done, for example “food desert” mapping, so that project teams could build on past research instead of replicating studies.  CUE also coordinated the efforts of all students working with South Park St. to have them present work to community members at the same time.  This allowed community members the opportunity to learn about a range of projects at one time, and demonstrated to all participants ways to work collaboratively in the future.  Due to the success of the pilot, community partners agreed to expand in several areas.

The following stories are about the CUE projects added in 2011-2012. ￭